I enter contests from time to time. Usually the kind where you throw your name into a pool of thousands of people, but sometimes I enter contests where you actually have to do something to win. In case you couldn’t tell, I like a good challenge.

Title Nine, the amazing women’s athletic clothing company, was recently running a contest called #EmbraceTheDetours. Every week they set a theme, and you had to share your pictures on Instagram that corresponded with the weekly theme. I found out about it right as they kicked off the last week as I was still getting back into using Instagram regularly. The theme for the week was to #EmbraceTheDetours and get a workout in with a friend. My favorite kind of workout. I could totally do this.

One of my last PiYo classes with my coach, Jen, right before she gave birth to her second baby boy.

So every single time I worked out with a friend that week, I got in an entry. But my winning entry was a shot from the recent Umstead full marathon.

I had just run Rock ‘n’ Roll New Orleans the week before, but I knew my girlfriend – the same one who inspired and encouraged me to run long distances – was running her first Umstead full marathon. She had run others before, including ultras, but it had been a while and I don’t think any of them were quite as hilly as this. I had joined her on many of her training runs, usually running at least one of the loops with her as she was having to put in far more miles than I was (since I was training for a half to her full). I had previously NEVER been able to complete a full loop at Umstead because of the awful hills, but she kept encouraging me and pushing me to the point where I could finally regularly run them with her. As we talked about her upcoming race day and how hard the thought of 26 miles on those same hills was, she mentioned that she had people join her previously for a mile or so and that it always helped push her to the next leg of the race. Well, I asked if I could join her for at least the latter part of the race to help push her through. She said ‘YES!’ and I couldn’t tell if she was serious or not. You really want me to crash your race? I mean, I’m happy to, but it won’t bother you?

So I kept planning on it. As we got closer, and I got ready to run my half in NOLA, I decided that I would probably run about 7 miles with her on race day. It was just a week after my half and I should in theory be ‘resting’ with a lower mileage. Well, we know I have a hard time with rest. A couple of days before the race, I actually downloaded the course map and started to try to figure out where I would meet her. Umstead is a state park and the parking lots in relation to the trails and marathon course were pretty limited. I realized my options to join her would be at mile 15 or 22. 22 didn’t seem like a very long run… I wanted to get in more than 4 miles with her, so I suggested mile 15 and I could just drop off at a later aid station. She said she’d love the company, so I set my plan in place.

That morning, I set out to Umstead to meet her at the mile 15 aid station. This was the same aid station that they would pass by at mile 6. I had an idea of her pace but wanted to arrive a little early in case I read the map wrong and showed up at the wrong parking lot and had to hike into the park. Well, not only did I have the right parking lot, but I literally pulled in just as she arrived at the aid station. Yes! But… now to wait. She had 9 more miles before I’d see her again. She said she’d rather have me for the second half of the race when she started to run out of steam (and I knew I couldn’t do 20 miles having never done over 13.1 before and having just done a half the week before). So I hung out in the car and studied the map a bit more… only to realize that where I had planned on leaving her would leave me right smack in the middle of the woods. So I might as well just run from mile 15 to the finish right? I turned on an audio book, set my alarm, and hung out for an hour… then I snoozed it… and I snoozed it again… and finally, strolled over to the aid station. Runners were flying past, but no sign of my friend. I waited about 20 minutes, and then fear started to kick in. What if I missed her? What if I totally miscalculated the time she should have arrived? I’m horrible at math and I kept trying to do the numbers in my head based on various pace scenarios. I started talking to the aid station volunteers, asking where to go to the next check point. I realized that I need to run to the mile 22 station because I was probably a horrible friend that missed when she would have come through, and now she’d have to run another 7 miles alone. Argh! I started running towards the aid station and was about half a mile in when there she was in her short sleeved, short wearing glory! (We always joke about how she dresses as if it were 40 degrees warmer than it actually is.) I almost cried tears of happiness but instantly started running with her, back to the 15 mile point and we looped back around to continue on with her run.

It was intense. And hilly. And we saw parts of Umstead that I had never seen before, which was pretty incredible. There was some questioning of decisions (why did I say that I liked running? Why did I sign up for this?), cursing, and I learned that you never tell a marathon runner ‘you’re almost there’ or ‘just a 10k left!’ It was a good thing I had more energy than her as she had just run 20 miles and I was able to be just fast enough that she couldn’t catch me. But it was an incredible experience. It was so great to run the last uphill with her, and to see the signs to the finish. I couldn’t believe how easy she makes it seem, even when her normally ridiculously positive attitude was a little less so because of the pain in her legs and feet.

Running the Umstead marathon with my girlfriend, Rachel.

I don’t know if I’ll ever run the Umstead marathon, but I’ll admit, I was tempted as I saw her cross the finish line (I ran off to the side at that point). Maybe I’ll forget how painful it was by the time registration opens next year. She was swearing the whole time that she would never do it again, but once they handed her the free burrito and pint glass at the end, she was already talking about next year.

So, once the race posted photos that week, I knew I had to share it. It was such a special and incredible experience. It may not have been my taper week, and I sure wasn’t resting my legs, but I was able to help my friend run that much longer with just a little more distraction than her own thoughts for such a hilly course. And the best part? Our story won the contest! We both won a free Dream Dress from Title Nine. It was so great to have that experience, and it made my achy legs even more worth it. 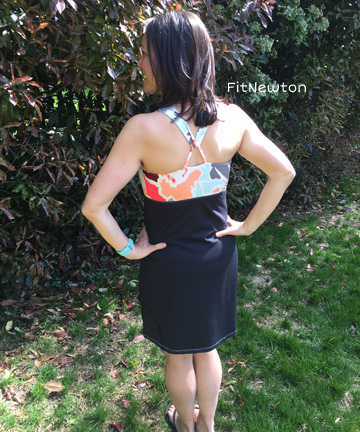 I love the details on the back of the Title 9 Dream dress.

Better yet, that same girlfriend joined me last weekend for the Rock ‘N’ Roll Raleigh race. She met me at mile 5 and helped me get to the finish and crush my PR. I’m so thankful for her support, even though she puts crazy ideas into my head. She has me convinced that I can actually do a full marathon so that’s my next big goal, thanks to her. If you read my weekend recap, you’ll see that we ran 15 miles this past Sunday, so her plan is working. 😉 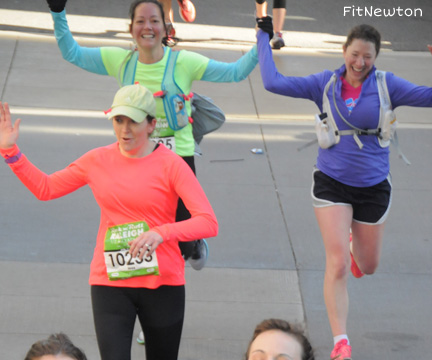 Completing the Rock N Roll Raleigh half and making a major PR – going down a whole 17 minutes from my last race just a month and a half prior.

So here’s to many more races and workouts with friends. Thanks to Title Nine for the fun contest and the extra incentive to workout with friends… oh, and for the amazing dresses! We both love them and can’t wait to wear them now that the weather has finally warmed up. 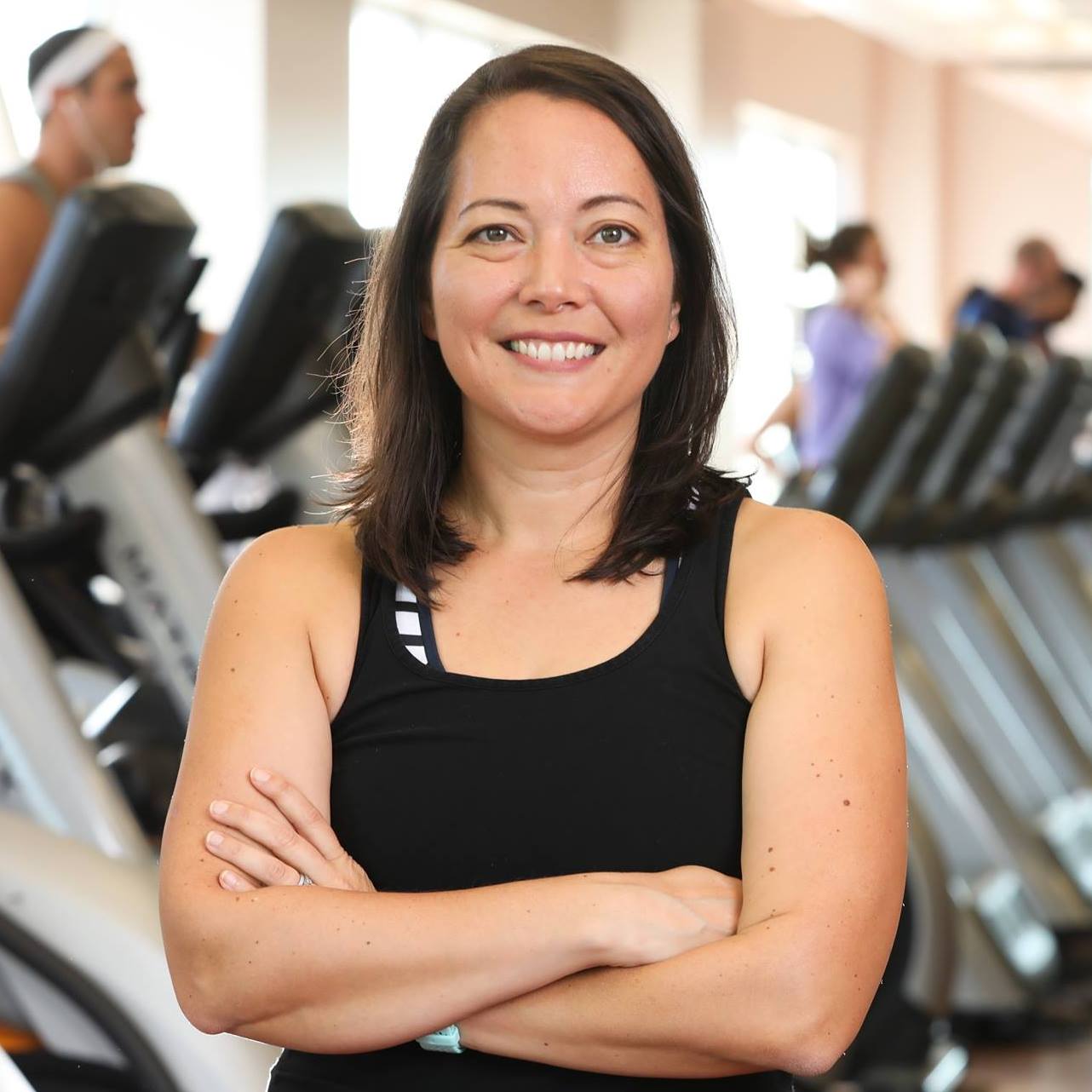